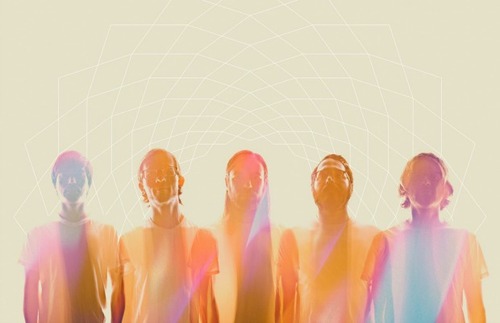 After Overdue released In the Land of Lost Monsters on July 29th, one of our customers sent us a very nice message:

"Just wanted to say that both the Ribbons and Sugar and In The Land of Lost Monsters releases you've done are the best vinyl purchases I've ever made. The quality is incredible, and being able to read the interviews with the band is so awesome. I miss updates on them and I love everything about Gatsbys. They continue to be a huge influence on me and my music to this day and I'm sure they will be forever. It's so great to get "new" releases from them. Here's to hoping you continue to release their catalogue, and maybe those songs they recorded a few years back as well! Keep on keeping on."

This message was from the frontman of a band we very much admire: Kevin Dye of gates. After following the band for awhile, and having listened to their first two EP's quite a bit, it was very neat to hear from someone so dedicated to their craft as we try to be. We've always done our best to take a considered approach to the work we release. The work Kevin and gates do is very much in that vein.

All around from lyrics, songwriting, production, and even artwork, gates is one of the best bands around. Their work is very powerful, atmospheric yet brimming with melody, each song sounds like it might provide the soundtrack to a gorgeous film. On Tuesday, gates release their debut full-length album, Bloom & Breathe, out now. We here at the Overdue Collection Agency highly recommend this album, and we think you'll enjoy it. We hope you consider purchasing this very fine album, which is available from the band on a beautiful 2XLP package here:

and on iTunes here:

Go catch them on tour if you get the chance! They'll be on the road a bunch through the end of the year with artists like Pianos Become the Teeth and Foxing.