The Stereo announce a Kickstarter 15 Feb 2022

The Stereo has announced a Kickstarter for their first new album in nearly 20 years, Thirteen along with a podcast called Kings of No Hope.

Kings of No Hope will feature guests like Chris Carrabba (Dashboard Confessional), Patrick Stump (Fall Out Boy), Ryan Seaman (I Don’t Know How But They Found Me), Chad Gilbert (New Found Glory), Vinnie Fiorello (Less Than Jake), Andrew Dost (fun.) and many more.

If you’ve never heard of this band, please check them out on streaming services to get a sample. A very underrated band with supremely catchy songs. Overdue Collection Agency is a big fan of this band, and we think you will be too.

Rewards include the new album on color vinyl with gatefold packaging, an HD livestream in-studio concert and test pressings of the new record. 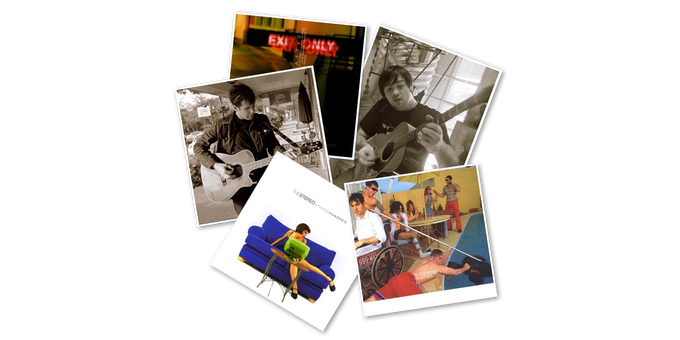 Featuring Jamie Woolford from Animal Chin and Rory Phillips from The Impossibles, the band began in 1999 at the suggestion of John Janick, founder of Fueled By Ramen. The Stereo released their first album Three Hundred that year. Infighting led to Rory leaving before their next album No Traffic in 2001, creating a revolving door of new members.

Despite the drama, The Stereo continued releasing solid albums, with amazing songs. However, most of their adulation came from their peers rather than fans or the music industry itself. The band released their most recent album Rewind + Record in 2002 (we have dead stock, original copies of the vinyl in our store), before finally breaking up in 2004.

The band, including Rory, came back together initially in 2011 for a one-off performance for Fueled By Ramen’s 15th Anniversary. The show featured them, Paramore and fun. After playing, the band would continue to occasionally playing shows together before deciding to make another record. The band self-funded the production of Thirteen for the past seven years. The Kickstarter will help fund the physical production of the record, the podcast and the livestream.